What is PMDD and Why Do Women Experience It? 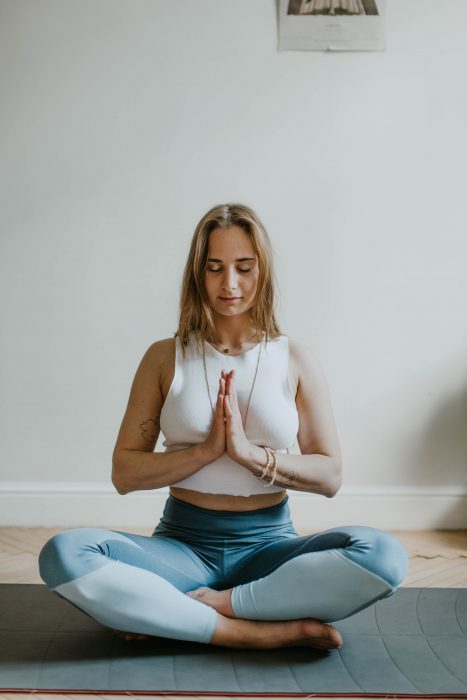 Posted by Camilla Clare on April 4, 2021 | Featured | No Comments
Share

PMDD- What is it?

Premenstrual dysphoric disorder (PMDD), a severe mood disorder, is characterised by cognitive–affective and physical symptoms in the week before menses and affects millions of women worldwide

Recognised in the DSM-5, the criteria for which includes symptoms such as:

To be diagnosed with PMDD symptoms a minimum number of these symptoms must have been present for the majority of menstrual cycles in the past year, and greatest severity of symptoms must be present from 3-4 days prior to menses onset, and up to three days post-menses onset.   Symptoms must be absent in the post-menstrual week.  Other psychiatric diagnoses must be excluded.

Potential initiating factors include central nervous system sensitivity to reproductive hormones, genetic factors, stress and a history of trauma.    It appears that PMDD occurs not due to differences in hormones between women with PMDD and those without, but more altered sensitivity to normal fluctuations of estrogen and progesterone.

Progesterone and allopregnanolone increase in the luteal (post-ovulatory) phase of the cycle and decrease rapidly around menses; exposure followed by rapid withdrawal may be a central factor in PMDD, due to the impact of allopregnanolone on GABA(A) receptor function.

Women with PMDD may be more sensitive to the effects of estrogen’s effects on serotonin, and consequently show serotonin abnormalities in the luteal phase of the cycle as estrogen levels decline.

Lower BDNF levels and the Met allele for the BDNF Val66Met polymorphism have been associated with greater risk for depression and other neuropsychiatric conditions.  BDNF levels are upregulated by serotonergic antidepressants, modified by estradiol and shown variance through the menstrual cycle.  Women with PMDD have been shown to have significantly higher serum BDNF in the luteal phase than control groups, with significantly higher serum BDNF in the lute phase compared to the follicular phase. However, interestingly the reverse was shown in women with PMS.

History of trauma or stress

History of trauma and significant stress exposure, including emotional and physical abuse has been strongly associated with moderate to severe PMS and PMDD in multiple studies, though not all corroborate this association.  PTSD and PMDD have likewise been strongly associated comorbidities.  A potential mechanism leading to heightened PMDD in women with history of chronic stress and trauma is due to the blunting of allopregnenaole, which has been shown to occur in animal models after exposure to repeated or chronic stress.  Administration of exogenous allopregnenalone has been shown in preclinical research to correct Hypothalamic-Pituitary-Adrenal axis function and reduce chronic stress-induced depressive and anxiety-like behaviour.

Inflammation may be associated with PMDD’s pathophysiology, with the luteal phase associate with increased production of sIL-6R and TNF-α compared to the early follicular phase, and upregulated IL-6 gene expression in the luteal compared to follicular phase.  Serum hs-CRP was positively associated with elevated menstrual symptom scores in health women, independently of differences in sex steroid hormone levels.

Now we’ve looked at some of the possible causes of PMDD, what can we do about it? Coming up next… 💕

Camilla Clare Naturopathy
5.0
Based on 24 reviews

Emma Fabricius
22:56 11 Sep 21
I cant ´t describe how grateful I am to have got in contact with Camilla! She really has an amazing knowledge about the... body and how it all works together on a different level than anyone I´ve ever worked with. I came to her to get help with my headaches, migraines and fatigue after years and multiple visits/treatments with different doctors, experts etc. without any luck. Instead of just recommending me a "quick-fix", she worked with me to find the underlying issues.I've been working with her for a couple of months now and she never fails to give me the highest quality treatment in all aspects. She is also super quick to respond to any question or concern I might have, which I really appreciate.She is also one of the kindest, sweetest and most understandable people you will ever meet. It is so comforting and calming to finally have found a person who truly cares about your health as she does (AND is vegan!!). I can´t recommend her enough!! Thank you Camilla :)read more

Punam Mann
02:02 06 Sep 21
Camilla has been absolutely amazing and I highly recommend her. She understands and respects my vegan dietary choices... which I have struggled with other doctors and naturopaths. She patiently listens and created a thorough treatment plan for me. I have been on the treatment plan for a few weeks now and my symptoms have greatly reduced and I’m already feeling much better. I’m highly impressed by her prompt response to my emails. She is very knowledgeable and helpful and has made my healing journey extremely comfortable.Thank you Camillaread more

Fabiana Loddo
23:10 20 Jul 21
In the past, what I found difficult with doctors was the fact that they did not listen to me; they literally finished... the sentences on my behalf all the time, rushing a diagnosis!Camilla is such a great listener, she really took all the possible information from me, she studied my case meticolously and came up with a cure which makes a lot of sense...and she explained it to me! Some other practitioners just prescribe lots of things and do not even explain what is cointained in those supplements/herbs and what they are specifically for.I highly recommend Camilla to all the ones who want a "same-level" relationship which their practitioner and not a "yes, I trust you, you are the expert" kind of relationship.Thank you Camilla!read more

Julien Fouquet
11:31 19 Jul 21
I'm so glad I went to see Camilla, being vegan it's nice to find a naturopath who shares the same values.She asked me... a lot of questions during the initial consult, I felt that she was genuinely trying to help. After a few weeks and some tests done, she made a very detailed treatment plan which was very thorough and well explained.After only a few weeks following the treatment plan, the symptoms greatly improved as my gut health got better.I'd highly recommend Camilla as she has great knowledge combined with a caring and effective holistic approach.read more

Charlene G
02:35 18 Jul 21
I truly wish I found Camilla earlier and I HIGHLY recommend her to anyone looking for a naturopath! I've been seeing... her for a few months now and I'm constantly impressed at how thorough, knowledgeable and passionate she is. I've had gut and hormonal issues for as long as I can remember, and from the get-go, I felt Camilla was truly invested in finding the underlying causes and helping me resolve them. She is also the warmest, kindest person - an absolute joy to work with.I've already seen such vast improvements in my health, and for the first time in my life, I'm confident that my issues can well and truly be resolved. I also really appreciate working with a fellow vegan who not only understands my values, but is equally passionate about them too.Thank you so much, Camilla! I cannot recommend her enough!read more

Libby Penney
07:09 05 Jul 21
I am so grateful I have found Camilla. We hit it off straight away and she understands me. Her knowledge is second to... none. She goes above and beyond and has helped me so much, so quickly. I honestly don’t know what I’d do without her. Thank you Camilla.read more