What the bleep is SIBO? 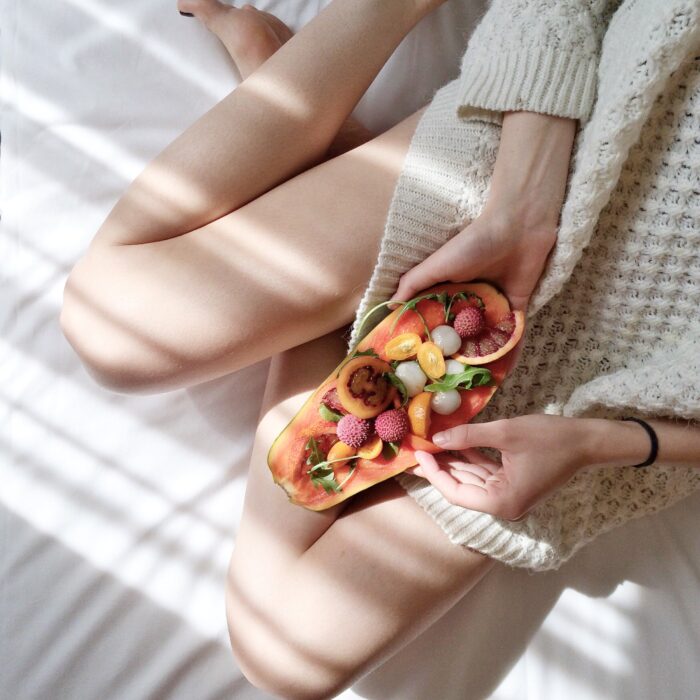 Posted by Camilla Clare on October 19, 2021 | Featured | No Comments
Share

I seem to be working with a lot of lovely plant-eaters who struggle with digestive issues of all shapes and sizes: constipation, diarrhoea, abdominal pain, bloating, acid reflux etc. etc. and it can be a huge source of discomfort and stress for them. One of the most prevalent causes of these digestive complaints is SIBO, which often accompanies a fungal overgrowth. Within the context of holistic treatment that targets the root causes of SIBO, aims to prevent relapse and addresses any other gastrointestinal dysbiosis, we usually see pretty impressive results and often a very rapid reduction in symptoms.

Small Intestine Bacterial Overgrowth (SIBO), whilst extremely common, is a fairly new-kid on the block- so here are a few frequently asked questions to get you better acquainted with it.

2. Which symptoms may be indicative of SIBO?

SIBO is estimated to cause between 60-80% of IBS presentations.  Common symptoms of SIBO include bloating, gas, flatulence, constipation, diarrhoea, abdominal pain, nausea, reflux, rashes, food allergies and increased fat excretion in the stools.

3. What are some of the clues I may have SIBO?

Some of the most common reasons behind acquiring a SIBO presentation include:

5. Which conditions are related to SIBO?

A multitude of conditions are related to SIBO; these include:

6. What’s the difference between SIBO and SIFO?

Small Intestinal Fungal Overgrowth very often accompanies SIBO and symptoms will be very similar.  The most common organism is Candida.  Herbal medicine can be especially helpful in the case of mixed SIBO and SIFO as they often exhibit both antibacterial and anti-fungal properties.  SIFO can be suspected if you experience yeast infections, rashes, histamine intolerance or if symptoms are worse with sugar.

7. Myth: Vegan diets cause SIBO and stopping being vegan will fix it.

Truth:  I work with many vegans in getting to the bottom of their SIBO, working exclusively with foods and medicines of plant-origin.  It is very common for vegans and vegetarians to experience SIBO, likely because their typically high-fibre diets give rise to more noticeable symptoms than somebody following a low-fibre diet.  However, a vegan diet per say does not CAUSE the SIBO, and we need to both treat, and get to the bottom of why the SIBO occurred in the first place.

Camilla Clare Naturopathy
5.0
Based on 26 reviews

Chantelle Johnson
03:31 25 May 22
Amazing. I've worked with a few naturopaths and I've found naturopathy so very helpful on my health journey but Camilla... is next level! Such a supportive, kind and knowledgeable resource.read more

L Bratty
09:14 30 Nov 21
I cannot thank Camilla enough for her support and guidance helping me discover my health issues and setting me on the... path to getting my health back on track. I am so thankful I sought her advice, as I have seen drastic changes within a fortnight. I am looking forward to continuing my health journey with Camilla and would highly recommend for those seeking to improve their health in a natural way.read more

Emma Fabricius
22:56 11 Sep 21
I cant ´t describe how grateful I am to have got in contact with Camilla! She really has an amazing knowledge about the... body and how it all works together on a different level than anyone I´ve ever worked with. I came to her to get help with my headaches, migraines and fatigue after years and multiple visits/treatments with different doctors, experts etc. without any luck. Instead of just recommending me a "quick-fix", she worked with me to find the underlying issues.I've been working with her for a couple of months now and she never fails to give me the highest quality treatment in all aspects. She is also super quick to respond to any question or concern I might have, which I really appreciate.She is also one of the kindest, sweetest and most understandable people you will ever meet. It is so comforting and calming to finally have found a person who truly cares about your health as she does (AND is vegan!!). I can´t recommend her enough!! Thank you Camilla :)read more

Punam Mann
02:02 06 Sep 21
Camilla has been absolutely amazing and I highly recommend her. She understands and respects my vegan dietary choices... which I have struggled with other doctors and naturopaths. She patiently listens and created a thorough treatment plan for me. I have been on the treatment plan for a few weeks now and my symptoms have greatly reduced and I’m already feeling much better. I’m highly impressed by her prompt response to my emails. She is very knowledgeable and helpful and has made my healing journey extremely comfortable.Thank you Camillaread more

Fabiana Loddo
23:10 20 Jul 21
In the past, what I found difficult with doctors was the fact that they did not listen to me; they literally finished... the sentences on my behalf all the time, rushing a diagnosis!Camilla is such a great listener, she really took all the possible information from me, she studied my case meticolously and came up with a cure which makes a lot of sense...and she explained it to me! Some other practitioners just prescribe lots of things and do not even explain what is cointained in those supplements/herbs and what they are specifically for.I highly recommend Camilla to all the ones who want a "same-level" relationship which their practitioner and not a "yes, I trust you, you are the expert" kind of relationship.Thank you Camilla!read more

Julien Fouquet
11:31 19 Jul 21
I'm so glad I went to see Camilla, being vegan it's nice to find a naturopath who shares the same values.She asked me... a lot of questions during the initial consult, I felt that she was genuinely trying to help. After a few weeks and some tests done, she made a very detailed treatment plan which was very thorough and well explained.After only a few weeks following the treatment plan, the symptoms greatly improved as my gut health got better.I'd highly recommend Camilla as she has great knowledge combined with a caring and effective holistic approach.read more

Charlene G
02:35 18 Jul 21
I truly wish I found Camilla earlier and I HIGHLY recommend her to anyone looking for a naturopath! I've been seeing... her for a few months now and I'm constantly impressed at how thorough, knowledgeable and passionate she is. I've had gut and hormonal issues for as long as I can remember, and from the get-go, I felt Camilla was truly invested in finding the underlying causes and helping me resolve them. She is also the warmest, kindest person - an absolute joy to work with.I've already seen such vast improvements in my health, and for the first time in my life, I'm confident that my issues can well and truly be resolved. I also really appreciate working with a fellow vegan who not only understands my values, but is equally passionate about them too.Thank you so much, Camilla! I cannot recommend her enough!read more

Libby Penney
07:09 05 Jul 21
I am so grateful I have found Camilla. We hit it off straight away and she understands me. Her knowledge is second to... none. She goes above and beyond and has helped me so much, so quickly. I honestly don’t know what I’d do without her. Thank you Camilla.read more